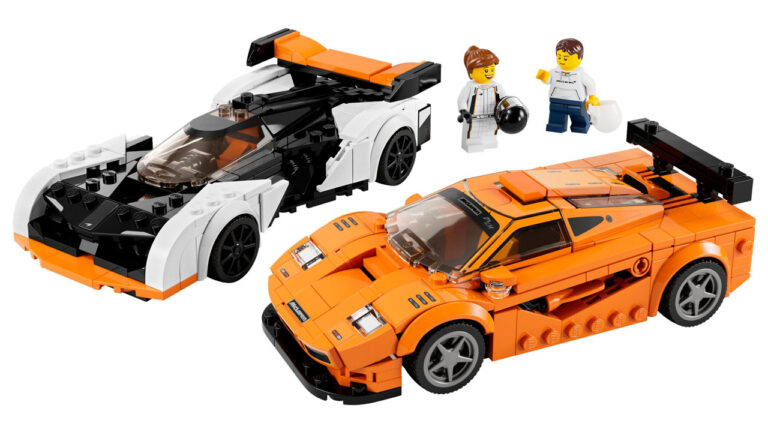 For the first time ever, race fans and kids aged 9 and up can collect a double pack of buildable McLaren hypercars with the LEGO® Speed Champions McLaren Solus GT and McLaren F1 LM (76918) building set. The iconic F1 LM model from the 1990s and the latest Solus GT are now ready for kids to build, display and role-play races.

Build your own McLaren
The buildable versions of the 2 McLaren supercar toys include authentic details from the real-life versions: the limited-edition F1 LM comes in its distinctive papaya orange color with a central driving seat and cooling ducts on both sides, while the Solus GT also has a central driving seat and features a rear wing. The set also comes with 2 driver minifigures for kids to place behind the wheel of each car and stage exhilarating races between them.

A fun digital experience for LEGO fans
Let the LEGO Builder app guide you and your child on an easy and intuitive building adventure. Zoom in and rotate models in 3D, save sets and track your progress.