With 10,000 support, it is confirmed that it will advance to the 3rd LEGO idea commercialization review review in 2021.MOTORIZED JOHNNY 5 : LEGO IDEAS Official Website

A curious robot whose habit is “Input” that appears in the hit movie “Short Circuit” released in 1986.

Although it has a charming design, it is larger than a human being, not a small robot, because it was developed as a military robot in the work.

It is electrified with power function parts, and each part such as movement with tracks, inclination of head and torso, up and down arms, eyebrows, etc. can be controlled with the Powered Up app.

It is mainly composed of technique parts, and ordinary blocks (system) are also used to enhance the design. 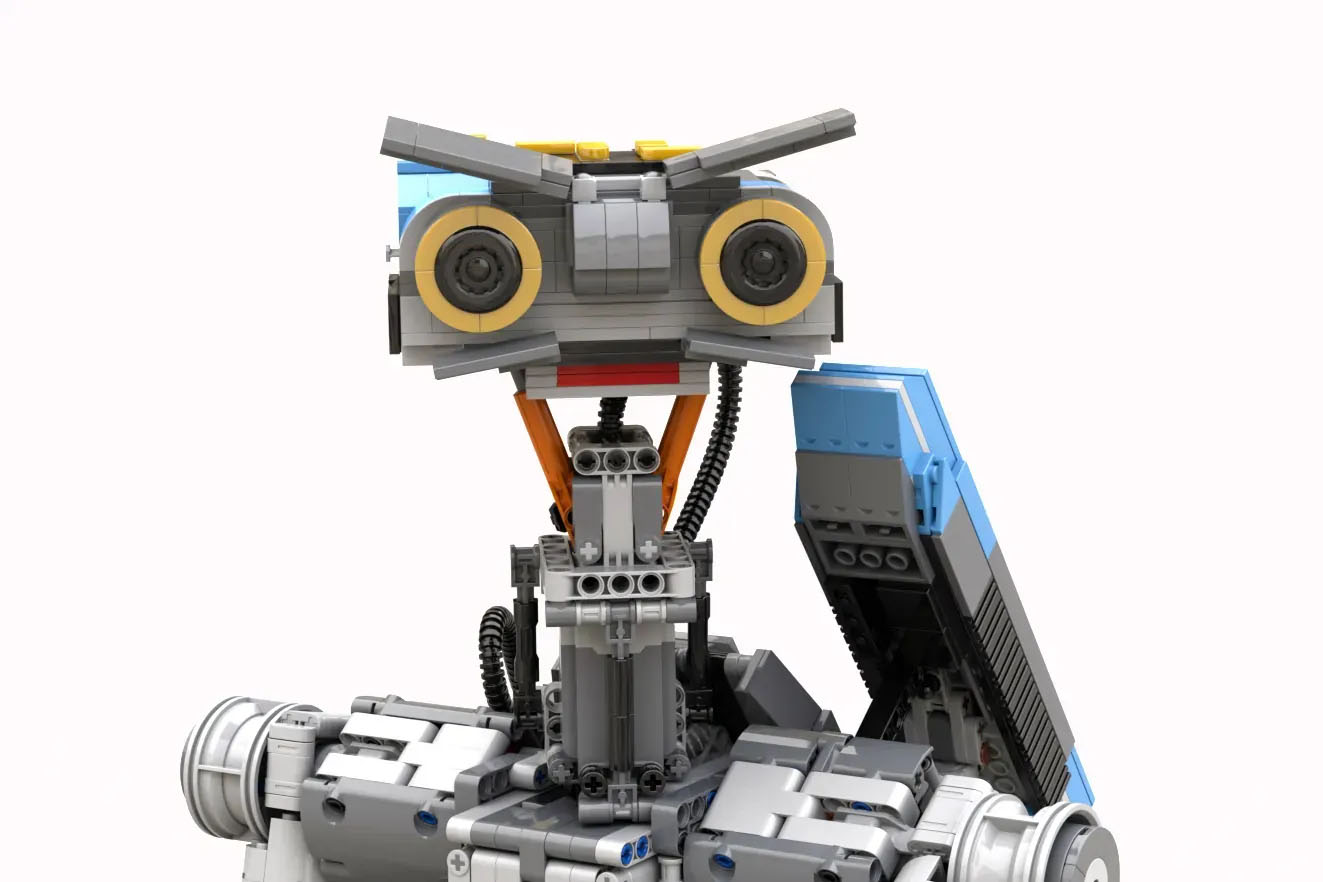 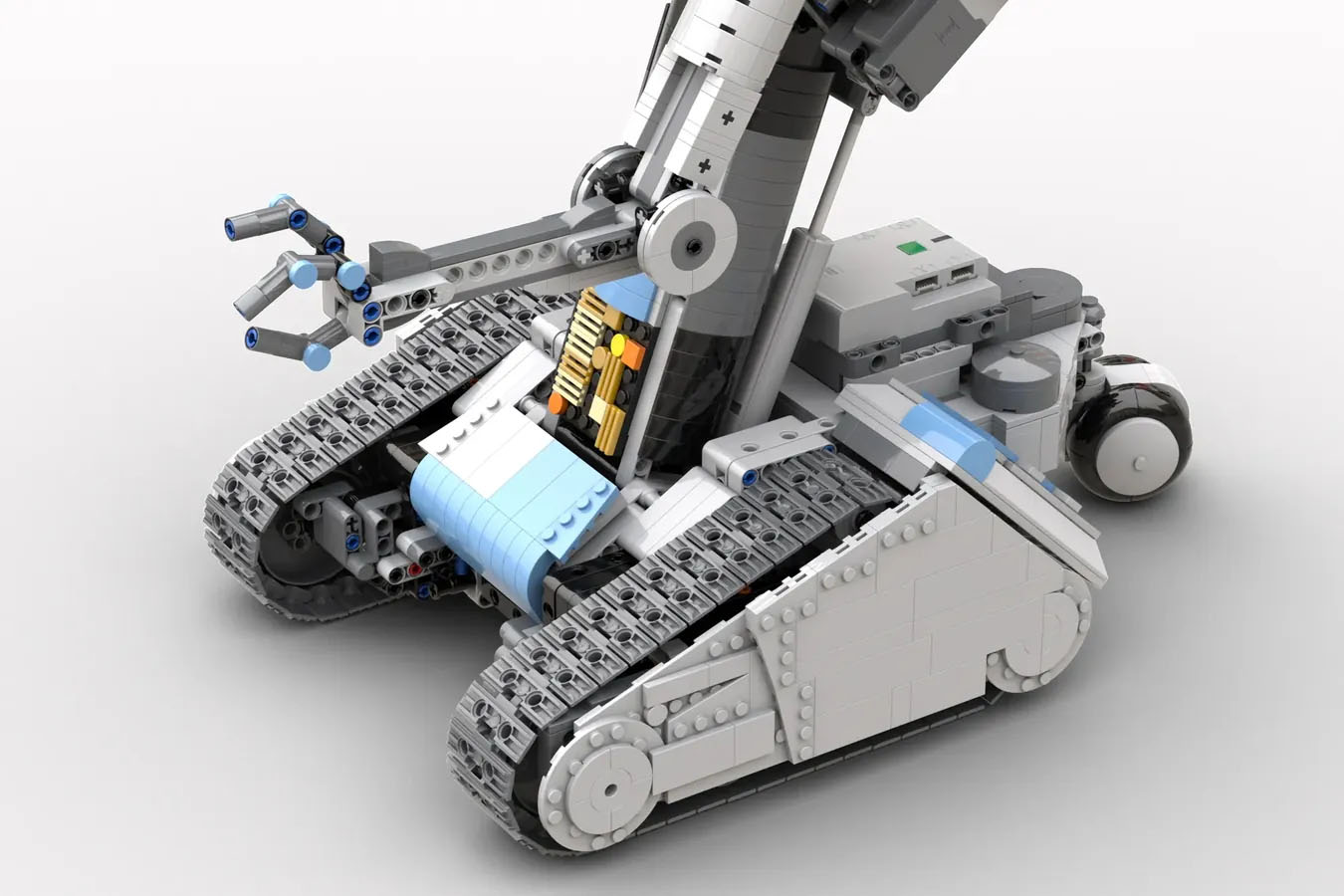 Check in the video

Can pass the Review?

The designer RJ BrickBuilds has published other working designs.

I think that works that run on power functions and apps are a genre that I want to spread even more as Lego. The short circuit seems to have been popular at the time of its release, and it seems to be a good subject for such products.

However, it seems to be difficult to commercialize because it is very similar to the robot Bernie of “Lego Boost He is Creative Box 17101” released by Lego.