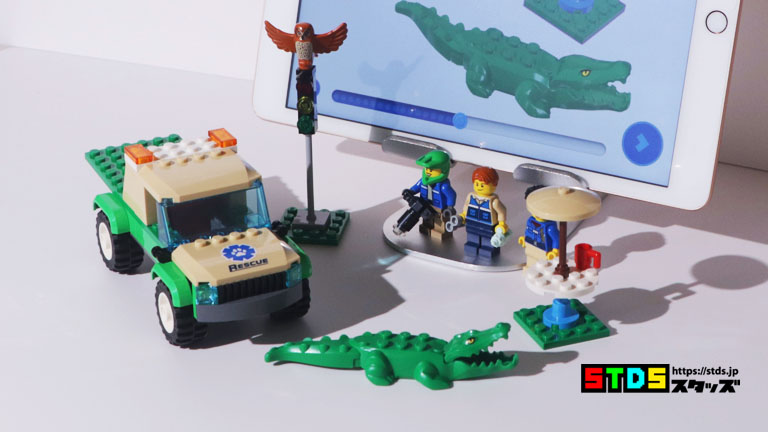 The wildlife rescue reviewed this time is one of the three sets of the LEGO (R) City Mission series, where you can enjoy your own build and play along the story. The mission is a new series released for the first time in June 2022. 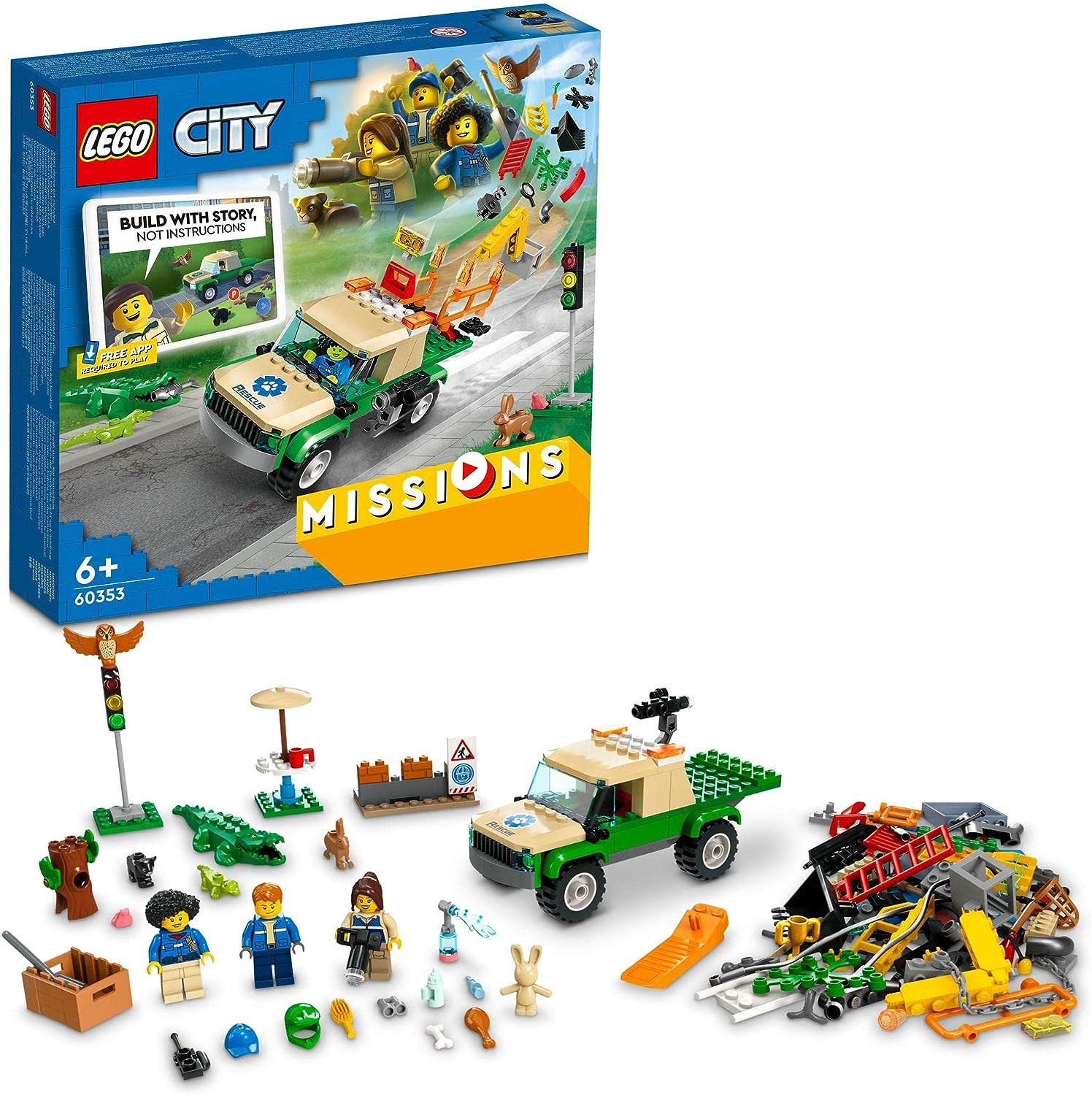 According to the customary cat scale, the size of the box is about 1/2 cat long. The box is a type that opens from the top and has five inner bags. What kind of set is the mission series?

Is there a manual?

According to the prior information, there was no assembly manual, and it was expected that the set would allow you to freely enjoy the assembly according to the story developed by the app.

To be honest, I thought it would be too difficult for kids who are not used to Lego (R) blocks.

When I actually proceeded with the assembly, I found that “ it is not that there is no explanation procedure at all “.

This wildlife rescue mission does not come with paper instructions, but follow the steps in the app to assemble the foundation of the truck. Arrange according to the event

After that, the style is to add an original arrangement to the track each time according to each event of the story developed in the application.

The LEGO (R) group naturally foresaw the worries I could think of, and the worries that the difficulty might be too high ended in grief.

If you enter 60353 in the familiar manual app, tap this product and select 3D, a cover illustration for each mission that is different from the normal instruction manual screen will appear. When you open the illustration, the character talks and explains the current situation and necessary work. For example, in the case of Mission 2, when you open the cover illustration, a talk about wanting to repair the truck starts. After that, the screen becomes the same as the normal manual, and the basic part of the truck is made according to the procedure. Modify the truck to clear the mission

The truck that made only the basic part by looking at the assembly procedure of the application will be arranged and used in the subsequent animal rescue mission. In a mission to rescue an owl that has lost its way into the city, the truck must be equipped with equipment that can reach high places in order to rescue the owl that is stuck at the top of the traffic light. Think for yourself and strengthen the equipment of the truck

There is no assembly procedure for additional equipment. You can also give hints on examples when adding arrangements to a track. However, there is no procedure to make it, so just think for yourself and strengthen the equipment of the truck. The other missions are the same, and the flow is that the kids add the modifications necessary to solve the trouble that is occurring at that time to the truck and clear the mission.

Don’t worry, there are many parts for additional equipment. You can use your own blocks