With 10,000 support, it is confirmed that it will advance to the 2nd LEGO idea commercialization review review in 2021.IMPERIAL ISLAND FORT：LEGO IDEAS

An imperial fortress island that protects the sea from pirates. Two islands consisting of a branch island connecting the main island and the pier.

Designed with reference to the Nankai Hero series “6276 Lego Sable Toride” released in 1989 and the actual fortress island. 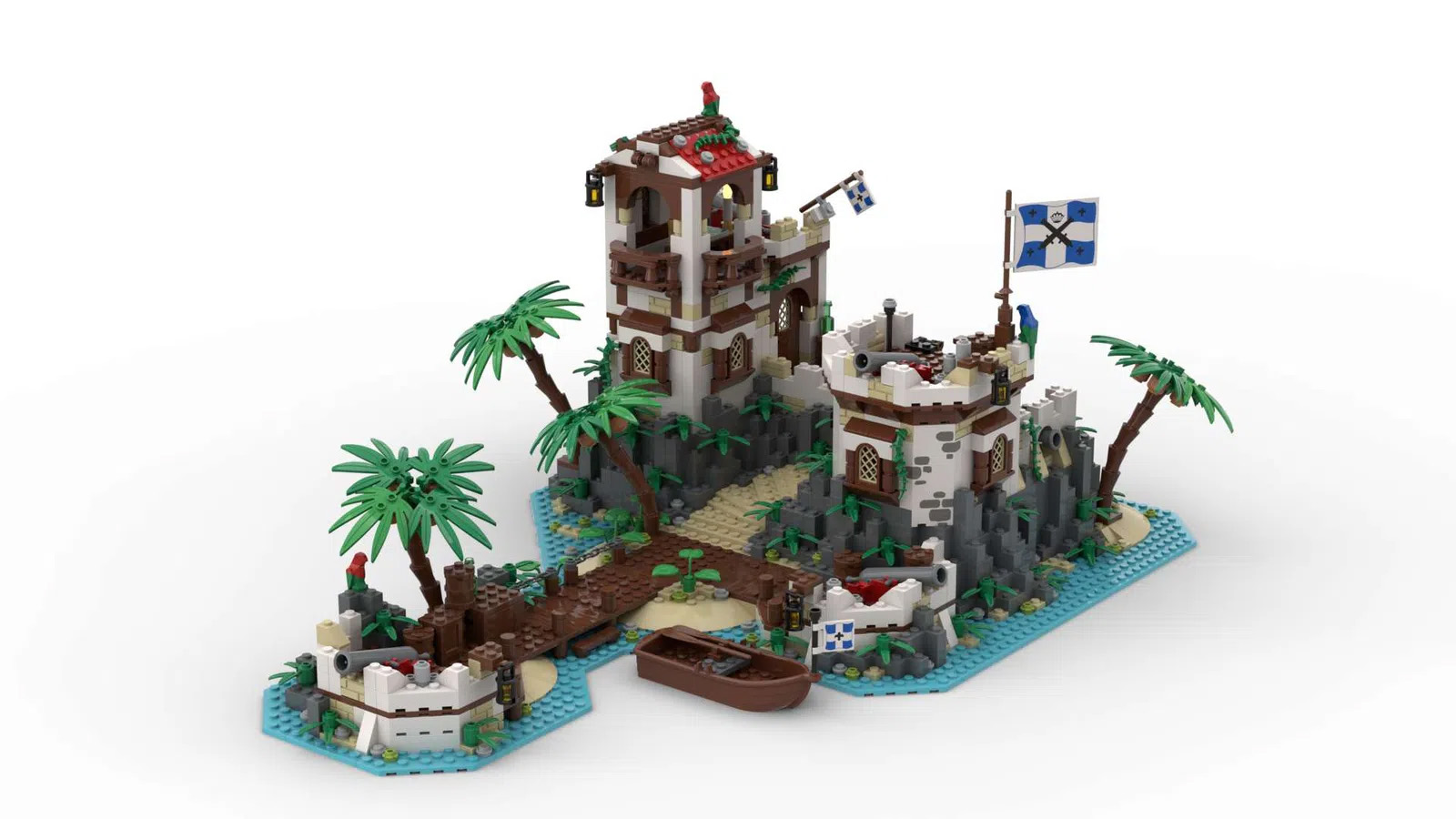 The detailed design from the pier to the main island is not flat but a little up the stairs. All four cannons are equipped. Sufficient stockpile of shells. 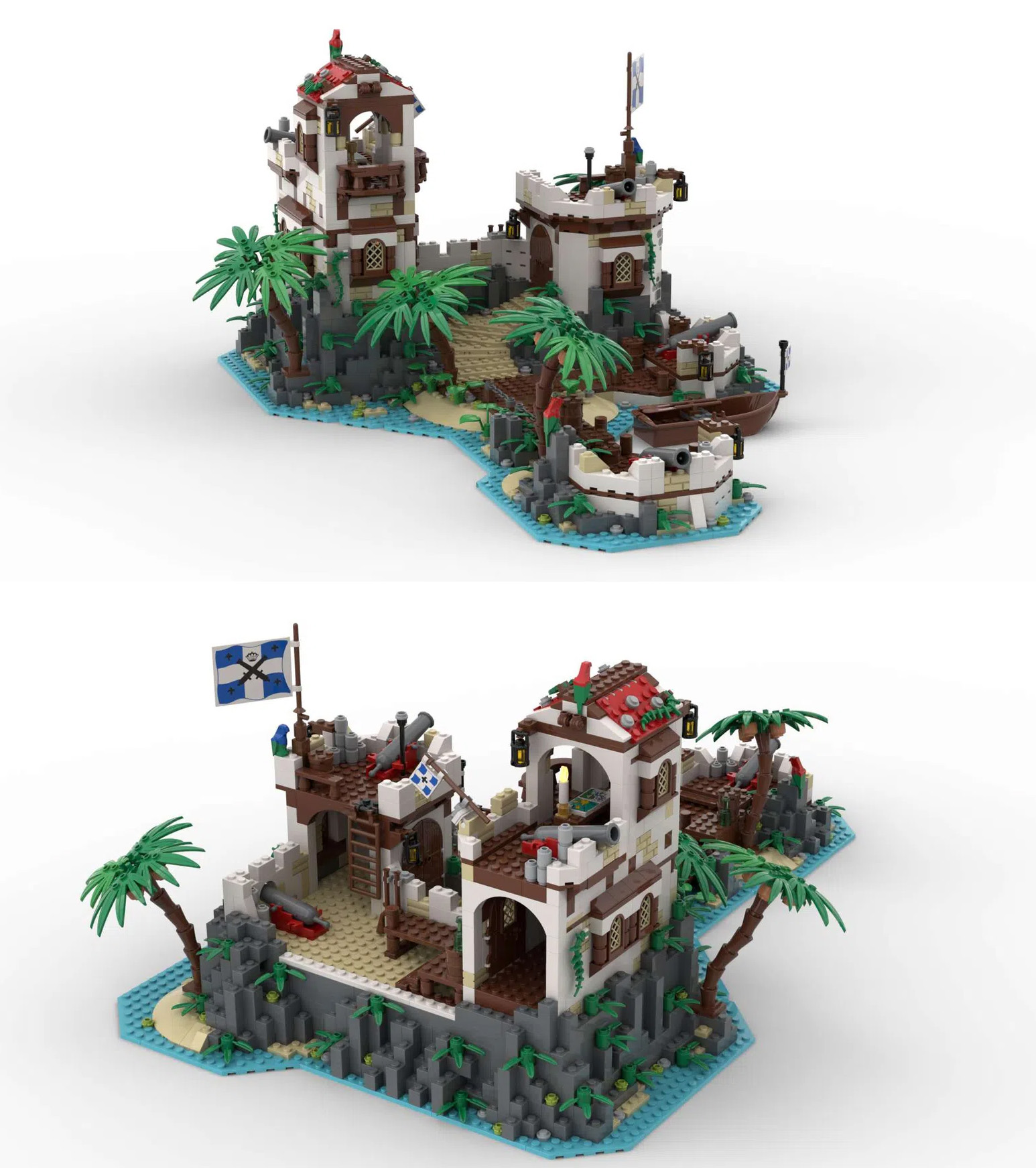 There is also an operation room indoors. 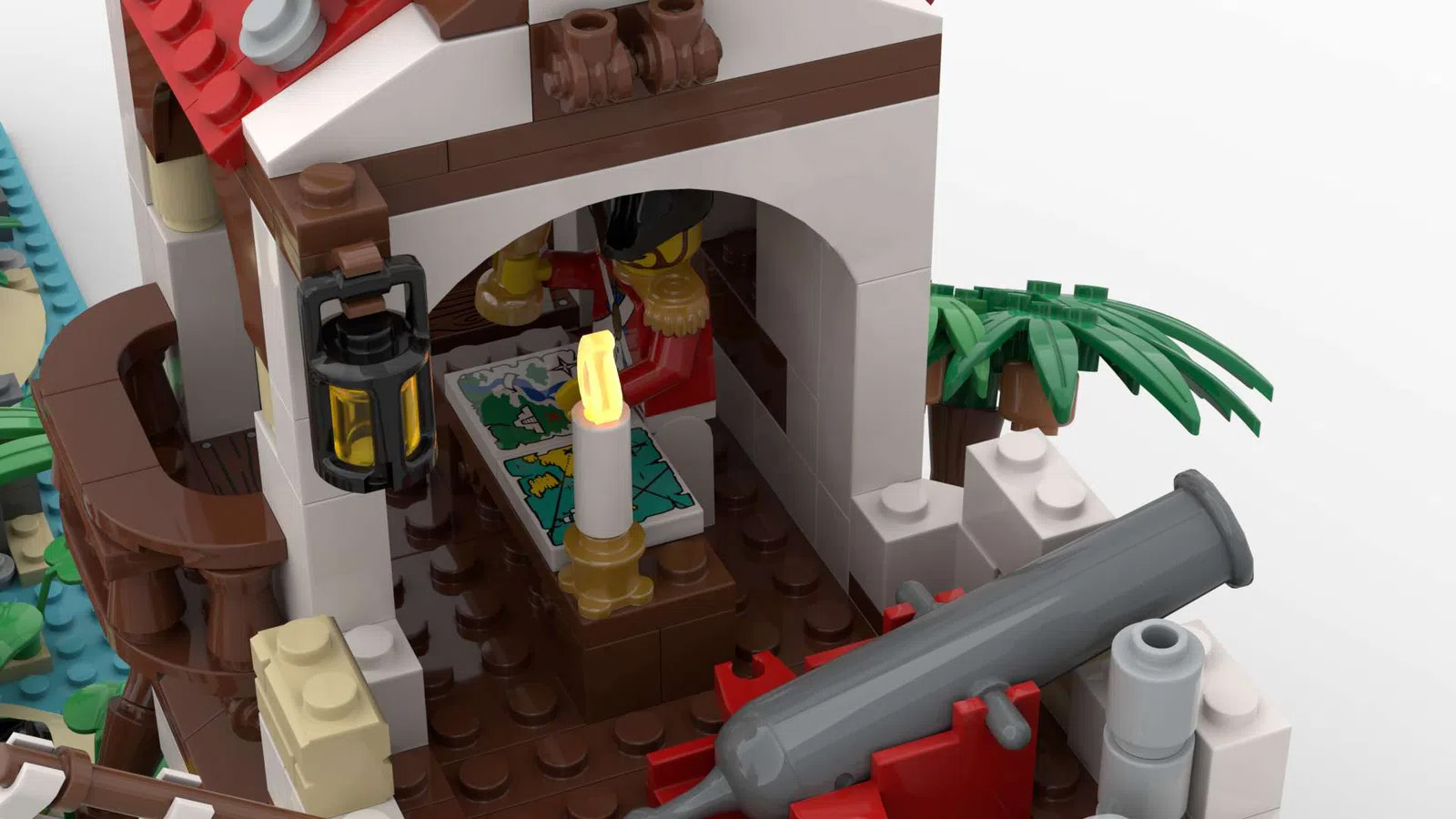 The author BrickHammer is publishing designs centered on buildings such as the Middle Ages, pirates, and the west. .. Many of the works have won 10,000 support, and as of the end of April 2021, the King’s Castle, Steampunk Airship, and Viking Village are under review.

Pirates are a popular theme of idea competitions along with space and the Middle Ages, and the number of works is very large. However, in 2020, “21322 Captain Akahige’s Pirate Island” was released from the idea.

In order to commercialize it as the second idea pirate, it may be difficult to pass the examination unless it is a more unique subject such as a medieval pirate.

Will it be released from other than ideas?

The same thing can be said in the Middle Ages, but there is no doubt that it is a popular theme, so even if it is difficult to commercialize it with an idea, if there are many requests, please consider a regular revival.