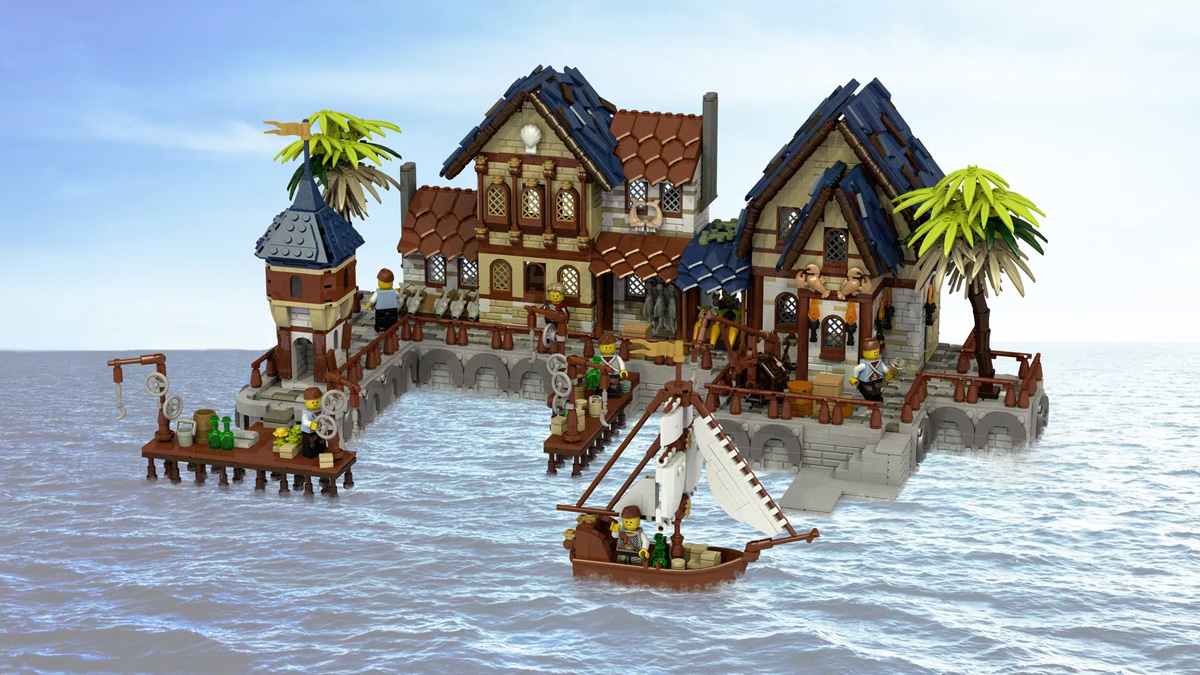 With 10,000 support, it is confirmed that it will advance to the 2nd LEGO idea commercialization review review in 2021.MEDIEVAL HARBOR：LEGO IDEAS

Popular theme Medieval harbor. I didn’t have much image of the sea in the Middle Ages, so it’s a fresh work. The ship is small, probably before the Age of Discovery. A type called a cog?

Outside there is a pier, a crane for unloading, a fish shop, and a greengrocer. It’s a relatively southern area because palm trees are growing. 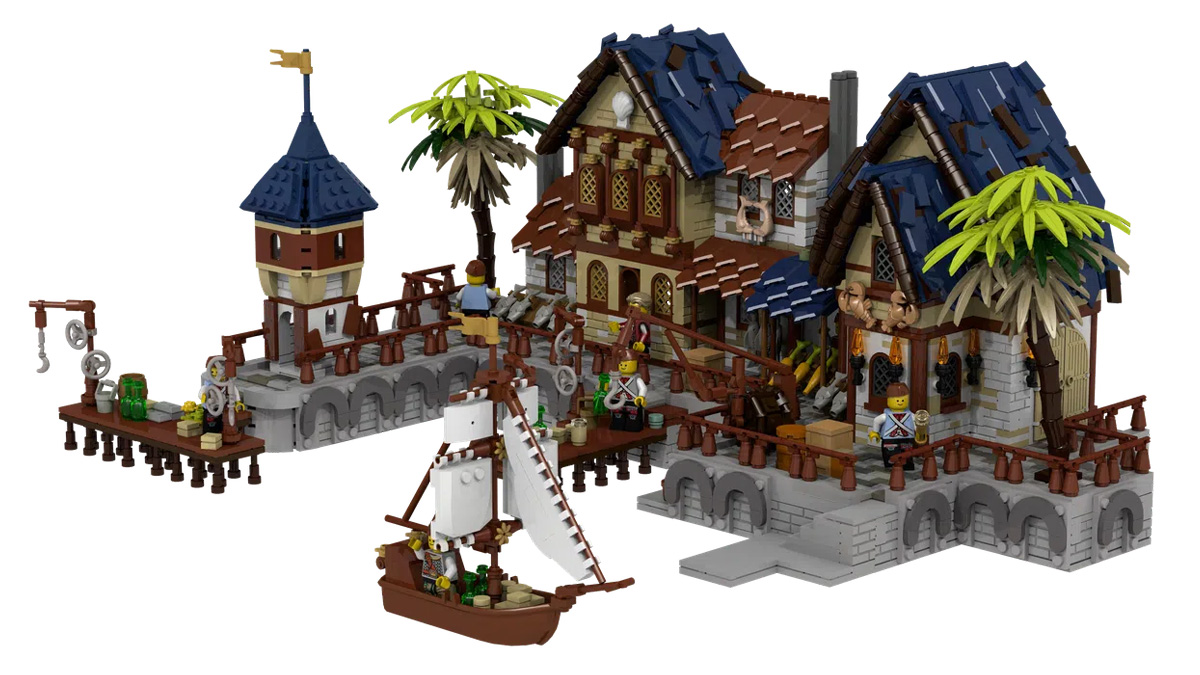 The building is divided into rooms such as bedrooms, warehouses and fireplaces. Is it a commercial building in the port?

What is the difference between a harbor and a port?

The original title of this work is Medieval Harbor, but in my image, the harbor is a place where rich yachts and cruisers are anchored, such as a yacht harbor, and the port is a facility for loading and unloading containers. There is also a definition that the port is a port of population and the harbor mainly uses the natural terrain when searched on the net.

But the yacht harbor in Japanese, which I remember when I was in SimCity, may be called a marina in English. The harbor that was released in the past at Lego was also a set of facilities for loading and unloading containers.

The author Namirob has published many other fashionable buildings. He is also the author of one of the most popular medieval steers in the idea.

It’s a port with a calm color, but even at the Kajiya, the product has a much brighter atmosphere than the submitted design, so I’m looking forward to the finish if this product is also commercialized.

However, I feel that it is difficult to commercialize two works of the same author and the same genre.