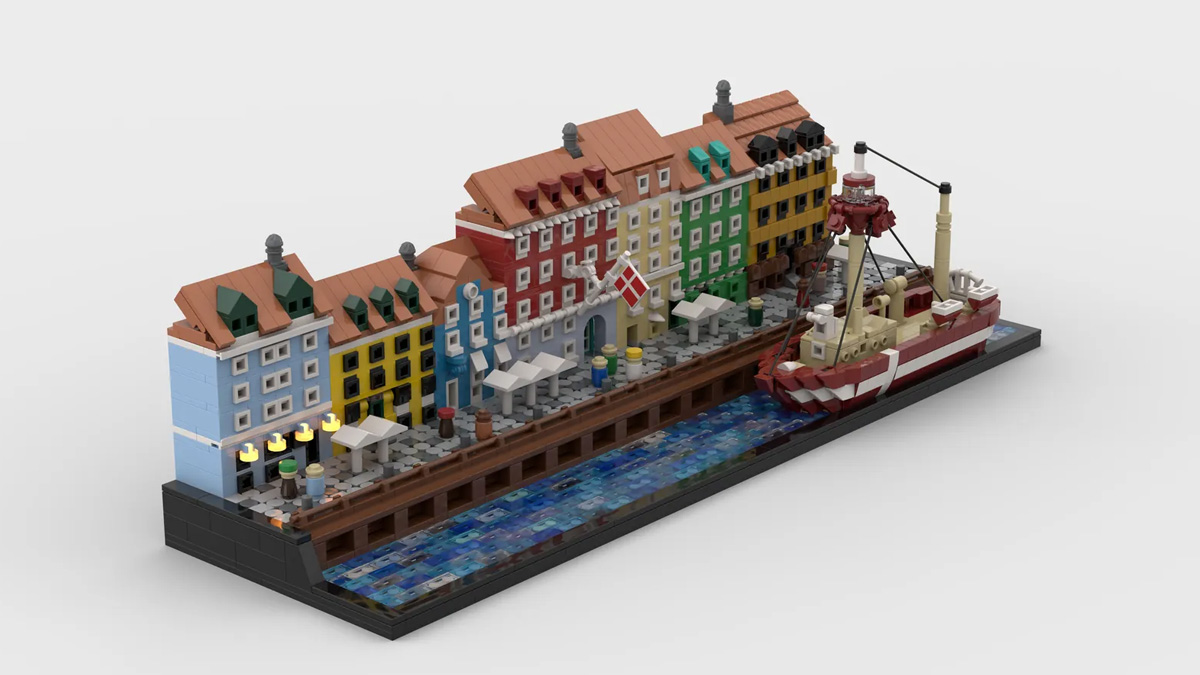 With 10,000 support, it is confirmed that it will advance to the 2nd LEGO idea commercialization review review in 2021.NYHAVN – COPENHAGEN, DENMARK：LEGO IDEAS公式(英語)

Nyhavn is a popular tourist attraction in Copenhagen, the capital of Denmark, at the foot of Lego.

Nyhavn is a word that means a new port, and the area was completed in 1673. Today, it is a fashionable town with colorful buildings such as restaurants and antique shops.

The buildings in Nyhavn are numbered, but the third oldest blue wall and triangular roof from the left in this design, number 9, was completed in 1681. It is designated as a Danish protected building. 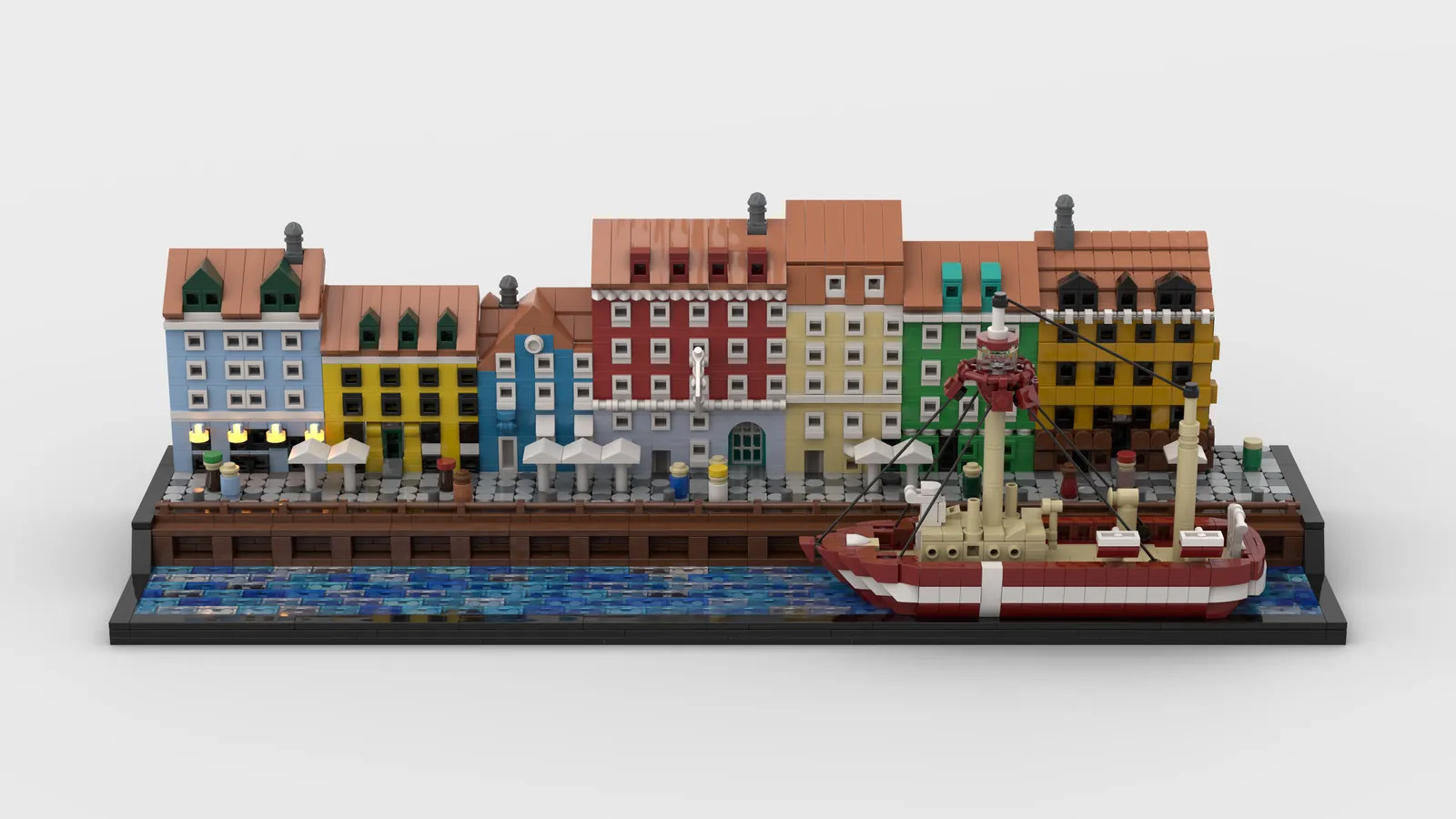 You can see the actual scenery in Google Street View. The first floor of the yellow building looks like a Chinese restaurant. 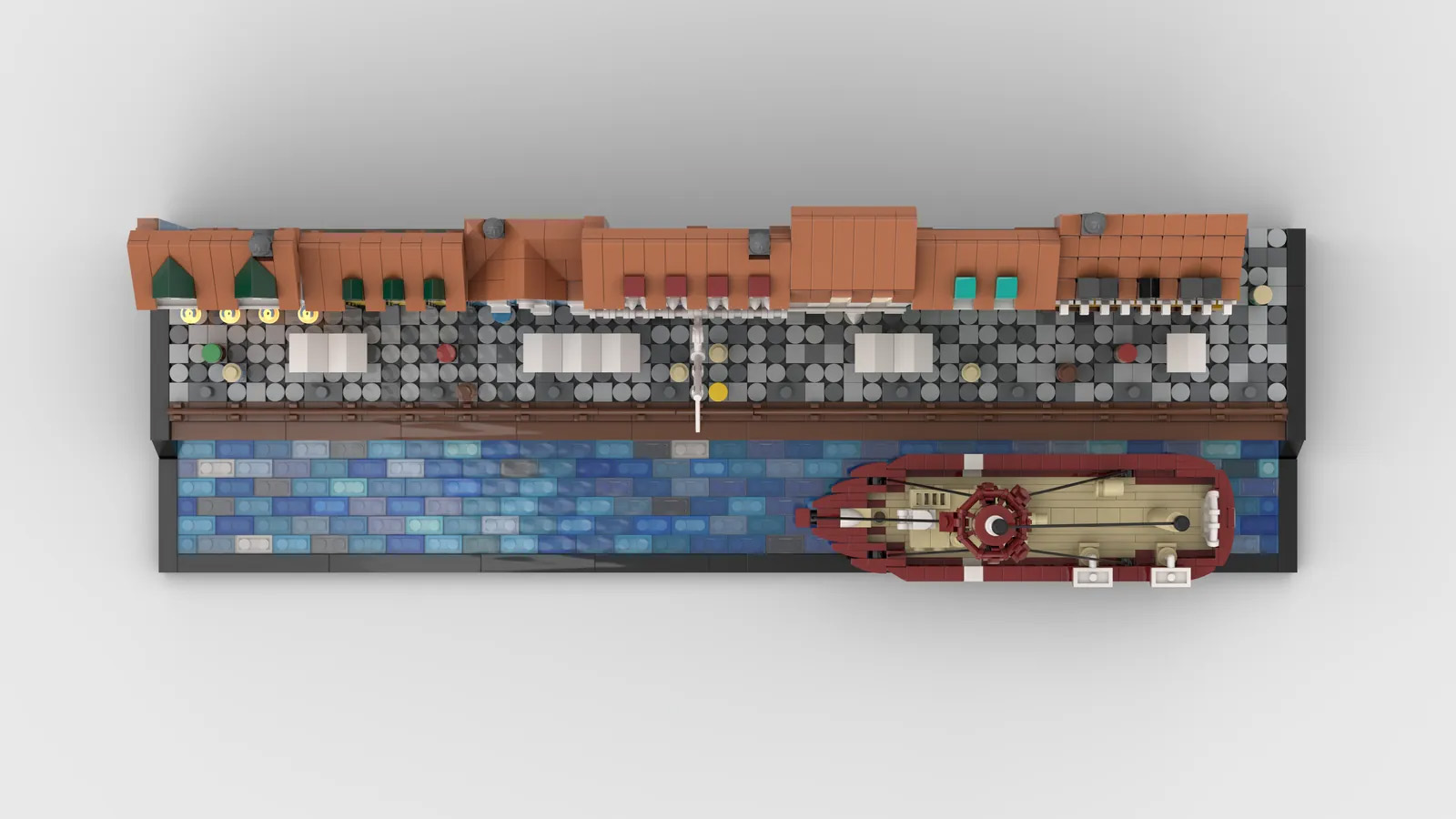 There is also a house where Andersen lived

Nyhavn No. 18, which is not included in this work but is located on the opposite bank, is the building where the writer Andersen lived from 1871 until August 4, 1875, just before his death. Black triangular roof on light orange walls.

The ship is also classic

The ship is a lightship called Fyrskib XVII, built in 1895.

The author MathiasJulin is from Denmark and only this design is open to the public in regular competitions.

Denmark is also a Lego country, and many people will like the European cityscape, so if it is commercialized, it will sell.

However, according to the tendency so far, the probability that a building work will pass the examination is low. Recent ideas seem to require uniqueness, especially moving works, so this work that enjoys the scenery may lack appeal.

Also, if it’s a Danish-related set, I feel like Lego will make it on its own or hold a contest.